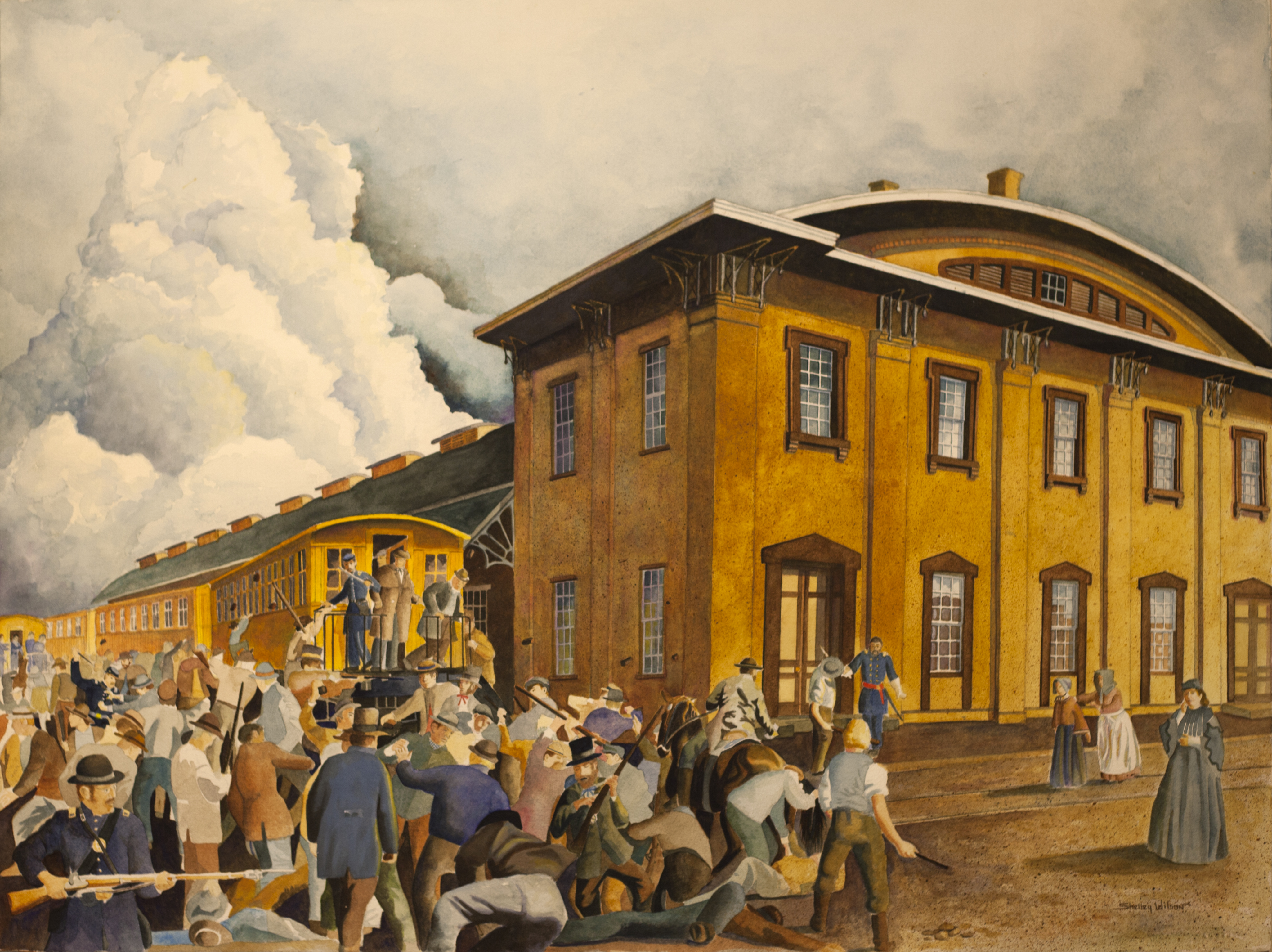 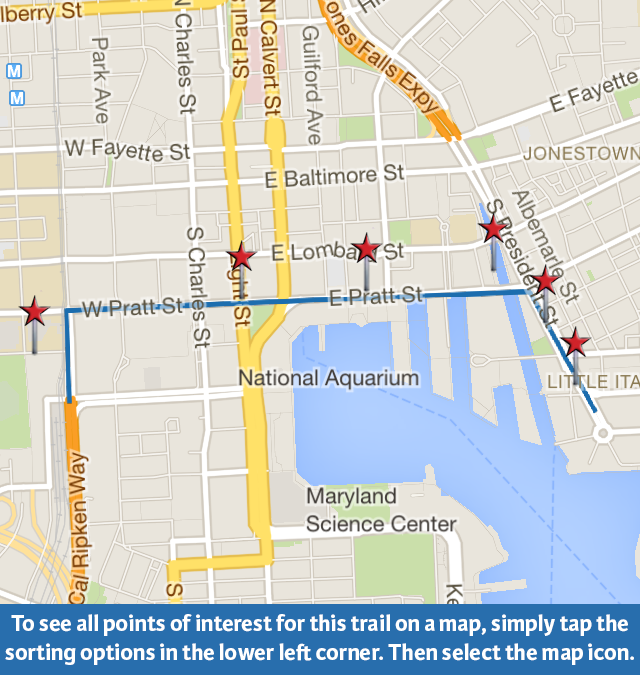 This one-and-a-half mile walking tour along Baltimore's Inner Harbor depicts the April 1861 riot when Confederate sympathizers attacked the 6th Massachusetts Infantry Regiment as they marched to trains en route to Washington. The Union soldiers were sent to Washington to protect the nation's capital at the outset of the Civil War. The trail begins at President Street Station, where a museum offers a deeper look at the riots and historic events that occurred there. It continues to Camden Station where the Sports Legends Museum displays exhibits in the former train station, including its role in the Civil War. Along the way, you will discover a vibrant waterfront, bustling with attractions, shops and restaurants on the Inner Harbor Heritage Walk. *Photo Credits:* # _"First Blood._ Painting of the 6th Massachusetts Regiment leaving Baltimore by train under the onslaught of the rioters." Print courtesy of the artist: _Shelley Wilson, http://portraitsbyshelley.com/_