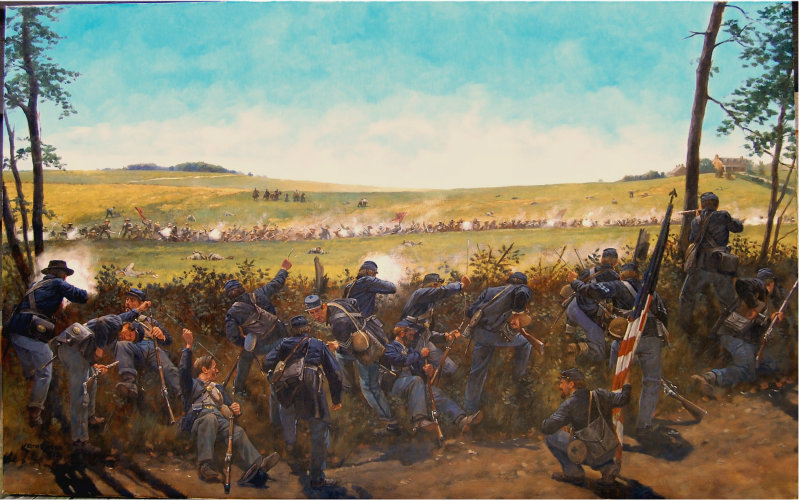 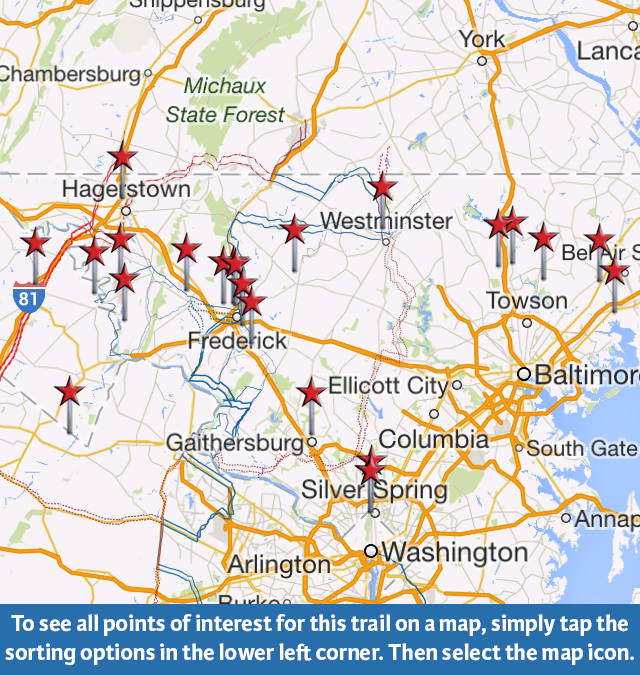 About Attack on Washington Trail

In the summer of 1864, Confederate General Jubal A. Early moved 15,000 troops down the Shenandoah Valley in an attempt to capture Washington D.C. His purpose: to divert U.S. General Ulysses S. Grant's troops away from Petersburg, Virginia in defense of the U.S. capital. Petersburg was crucial for the railroad supply of Confederate General Robert E. Lee's army and the Confederate capital of Richmond.

Union forces first clashed with Early's troops in Maryland during the Battle of Monocacy, as the Southerners advanced toward Washington. Although a Confederate win, the battle bought the Federals time to replenish the capital's defenses before Early raided Fort Stevens on the outskirts of the city.

General Bradley T. Johnson and Major Harry Gilmor had also been ordered to march toward Baltimore to cut railroad and telegraph communications, then move south to free Confederate prisoners at Point Lookout. While the campaign failed to breach the capital's defenses or free prisoners, it did keep Petersburg in Confederate hands during the summer of 1864.

Drive the Raid on Washington Civil War Trail to follow the stories of these daring Confederates who conducted the last northern invasion of the Civil War, and the brave Federal soldiers who thwarted their efforts.