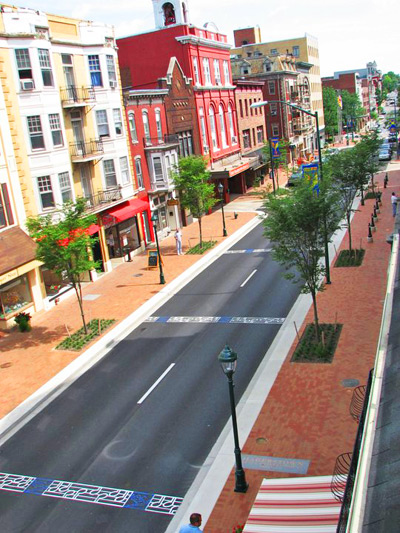 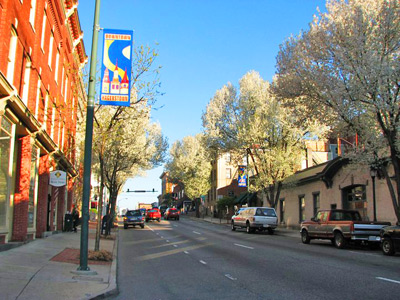 History: Hagerstown became a primary staging and supply center for several major Civil War campaigns. General Robert Patterson used the city as a base when attacking Virginian troops in the Shenandoah Valley in 1861. In 1864, Hagerstown was held by the Confederates for a ransom of what was supposed to have been $200,000 in retribution for damages inflicted during earlier fighting, but only $20,000 was ever collected due to Confederate General John McCausland's misreading of the amount.

After the Battle of Gettysburg, holding Hagerstown was crucial to Gen. Robert E. Lee's retreat to Virginia. If the Confederates lost this crossroads town, Lee's access to the Potomac River would be seriously hampered. The Federals recognized Hagerstown's importance, and on July 6, 1863, Gen. H. Judson Kilpatrick's cavalry division charged into three Virginia brigades. After a wild melee of charges and duels, the Confederate infantry finally compelled the Federals to abandon their effort to seize Hagerstown.
Six days later, after the Federals had failed to seize Hagerstown, they made another attempt. The mission was assigned to Gen. George Armstrong Custer. His Michigan cavalry brigade scattered and captured stunned Confederates, seized prisoners, and set free Federal soldiers. Though the town was now held by the Union, difficult days remained ahead, as the Confederates held fortifications west and south of town.

More to Explore: While in Hagerstown, expand your horizons and explore fine art, history, architecture and culture. The Jonathan Hager House offers guided tours of the early 18th-century home, built from uncut fieldstones and styled in the German tradition. The Washington County Museum of Fine Art holds a collection of 6,000 objects, paintings, sculpture and decorative arts focusing on 19th century and early 20th century American Art. The C&O Canal National Historical Park, part of a popular Scenic Byway, offers hiking, biking and fishing in addition to tours for those intrigued by the canal's rich history.